Getting to Know Marina del Rey

Marina del Rey is an unincorporated seaside community in Los Angeles County, California with a marina that is a major boating and water recreation destination for the greater Los Angeles area. The marina is North America's largest man-made small-craft harbor and is home to approximately 5,000 boats.
The area is a popular tourism destination for water activities such as paddle board and kayak rentals, dining cruises and yacht charters. This Westside locale is approximately 4 miles south of Santa Monica and 4 miles north of Los Angeles International Airport. The harbor is owned by Los Angeles County and is operated by the County's Department of Beaches and Harbors.
History
Prior to its development as a small craft harbor, the land occupied by Marina del Rey was a salt marsh fed by fresh water from Ballona Creek frequented by duck hunters and few others. Burton W. Chace, a member of the Los Angeles County Board of Supervisors referred to the area as mud flats though today the area would more properly be referred to as wetlands.
In the mid-19th century, Moye C. Wicks thought of turning this Playa del Rey estuary into a commercial port. He formed the Ballona Development Company in 1888 to develop the area but three years later the company went bankrupt. Port Ballona made by Louis Mesmer and Moye Wicks was then sold to Moses Sherman. Sherman purchased 1,000 acres of land around the Ballona lagoon and Port Ballona in 1902 under the name the Beach Land Company.
Sherman and Clark renamed the land "Del Rey". Port Ballona was then renamed Playa Del Rey. The port was serviced by the California Central Railway opened in September 1887. In 1916, the U.S. Army Corps of Engineers revisited the idea of a commercial harbor but declared it economically impractical. In 1936, the U.S. Congress ordered a re-evaluation of that determination and the Army Corps of Engineers returned with a more favorable determination; however, the Marina del Rey harbor concept lost out to San Pedro as a commercial harbor and development funding went to the Port of Los Angeles instead.
In 1953, the Los Angeles County Board of Supervisors authorized a $2 million loan to fund construction of the marina. Since the loan only covered about half the cost, the U.S. Congress passed and President Dwight D. Eisenhower signed Public Law 780 making construction possible. Ground breaking began shortly after. With construction almost complete, the marina was put in danger in 1962 and1963 due to a winter storm. The storm caused millions of dollars in damage to both the marina and the few small boats anchored there.
A plan was put into effect to build a breakwater at the mouth of the marina and the L.A. County Board of Supervisors appropriated $2.1 million to build it. On April 10, 1965 Marina del Rey was formally dedicated. The total cost of the marina was $36.25 million for land, construction, and initial operation. Los Angeles County then solicited bids for the marina's development, selling 60-year leaseholds to willing developers.
Real estate developer Abraham M. Lurie was the single largest leaseholder responsible for the building of three hotels, two apartment complexes, 1,000 boat slips, and several shopping centers, offices, restaurants; his holdings also included the last undeveloped piece of waterfront land in Marina del Rey.
He eventually ran into cash flow problems and sold a 49.9% interest to Saudi Arabian Sheik Abdul Aziz al Ibrahim, a brother of Waleed bin Ibrahim Al Ibrahim and a brother-in-law of King Fahd; the investment soon turned sour and following a protracted and aggressive lawsuit, in 1993 Lurie lost his entire interest in the development to Abdul Aziz.
Geography
Marina del Rey falls within unincorporated Los Angeles County and is southeast of the L.A. City community of Venice and north of the L.A. City community of Playa del Rey, near the mouth of Ballona Creek. Located four miles north of Los Angeles International Airport, it is bounded on all sides by the City of Los Angeles. The beach-style homes, the strip of land against the beach and the beach itself west of the harbor are within the City of Los Angeles limits, but share the same 90292 zip code as Marina del Rey.
The name of this strip is the Marina Peninsula. Via Dolce and the southern portion of Via Marina are the boundaries between L.A. City and the unincorporated area. The marina itself, a specially designed harbor with moorings for pleasure craft and small boats is surrounded by high-rise condos, hotels, apartments, shops, and restaurants. The area also includes the University of Southern California Information Sciences Institute, the UCLA Marina Aquatic Center and the Loyola Marymount University boathouse.
Parks and Recreation
Marina del Rey has two main parks. Burton Chace Park hosts community festivals such as the Marina del Rey Summer Concert Series and the Marina del Rey Holiday Boat Parade. Yvonne B. Burke Park was renamed from the original Admiralty Park in 2009 to honor long-time Los Angeles County Supervisor Yvonne Brathwaite Burke.
Education
Marina del Rey is in the Los Angeles Unified School District although there are no schools in the area proper. Students from Marina del Rey attend Coeur d'Alene Avenue Elementary School, Marina del Rey Middle School and Venice High School.
Street Layout
The harbor has eight basins separated by six strips of land, each of which has at least one street on it. From the northeastern end of the Marina going clockwise, these streets are: Bali Way, Mindanao Way (with west terminus at Burton Chace Park), Fiji Way (bordering the southeastern edge of the Marina), Bora Bora Way, Tahiti Way, Marquesas Way, Panay Way, and Palawan Way. Panay Way, Marquesas Way, Tahiti Way, and Bora Bora Way are all on the western side of the Marina and all terminate at Via Marina. Palawan Way is also on the west side, but it terminates at Washington Boulevard, which bounds the Marina to the northwest from Venice. Palawan Way and Via Marina end to the north at Washington Blvd.
Source:  Wikipedia 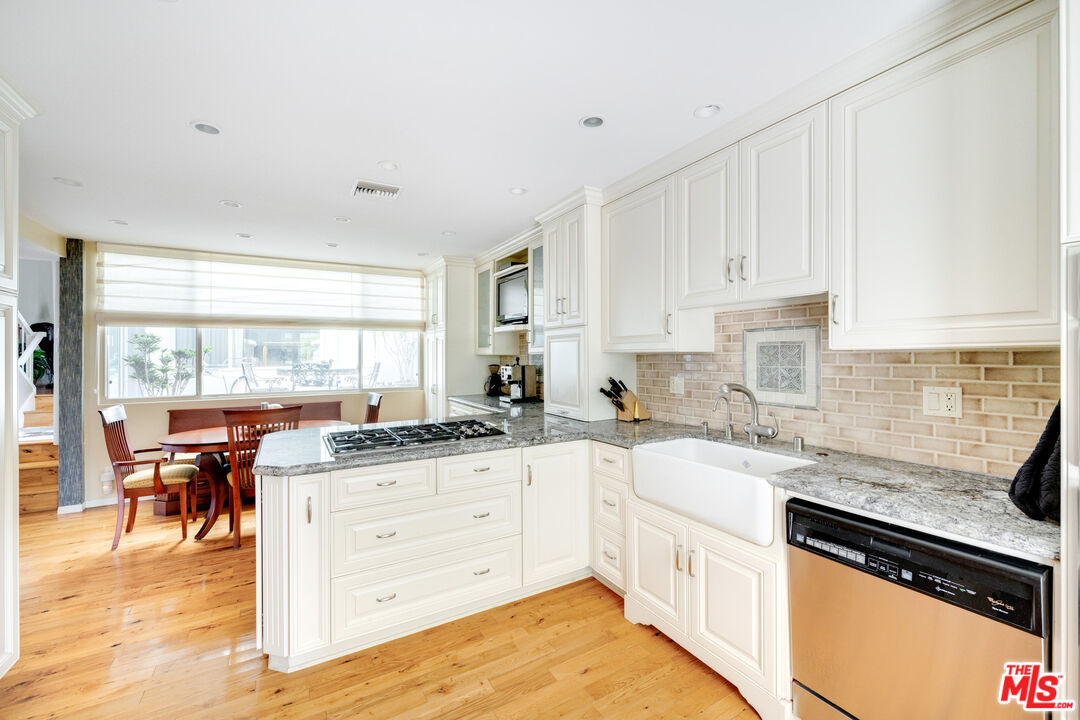 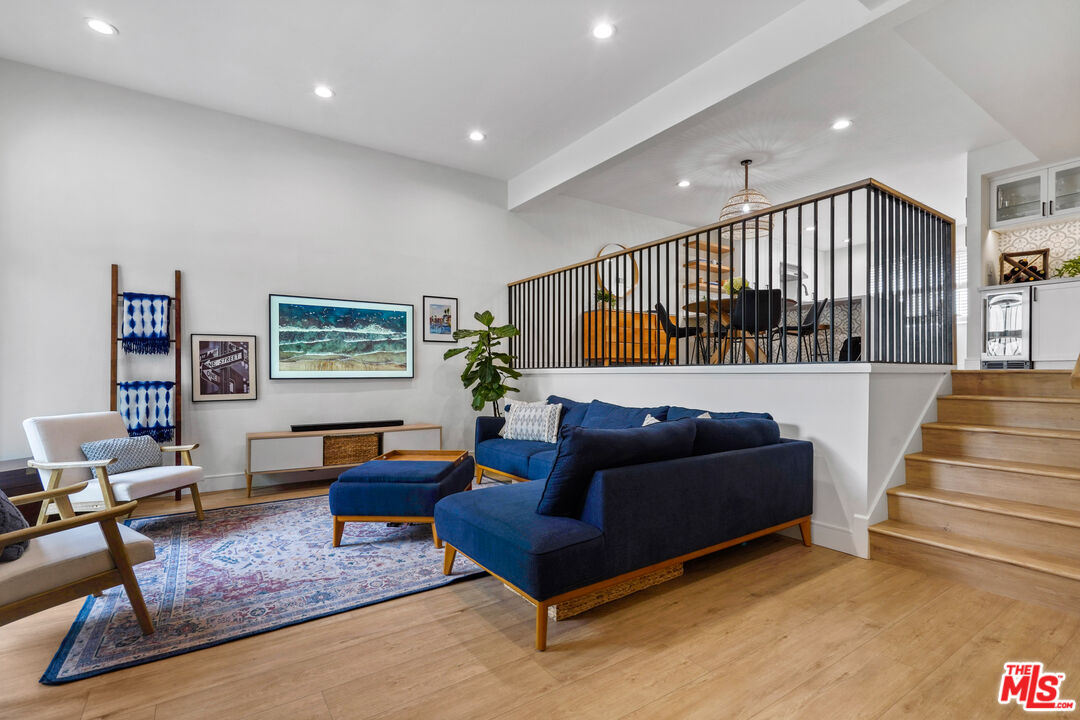 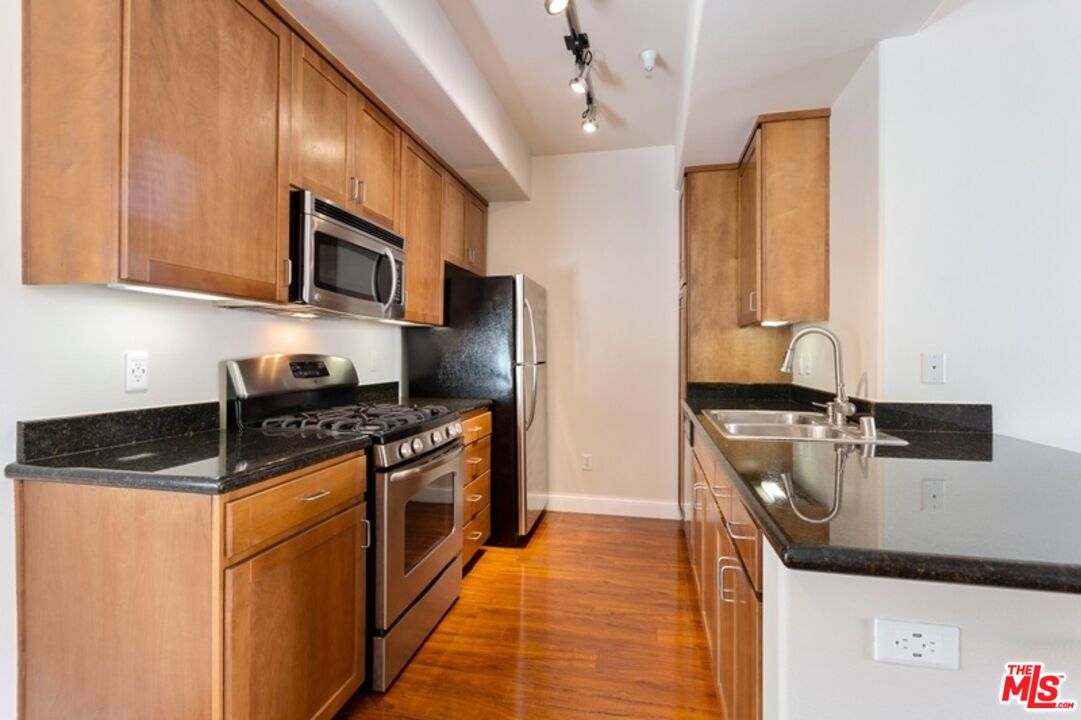 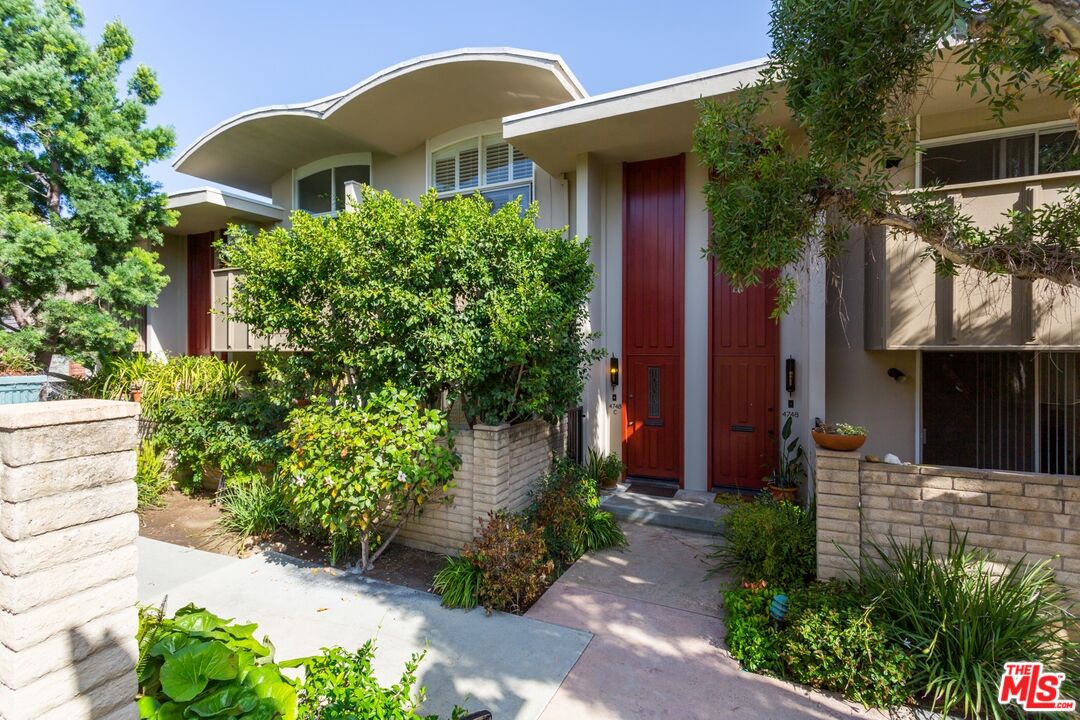 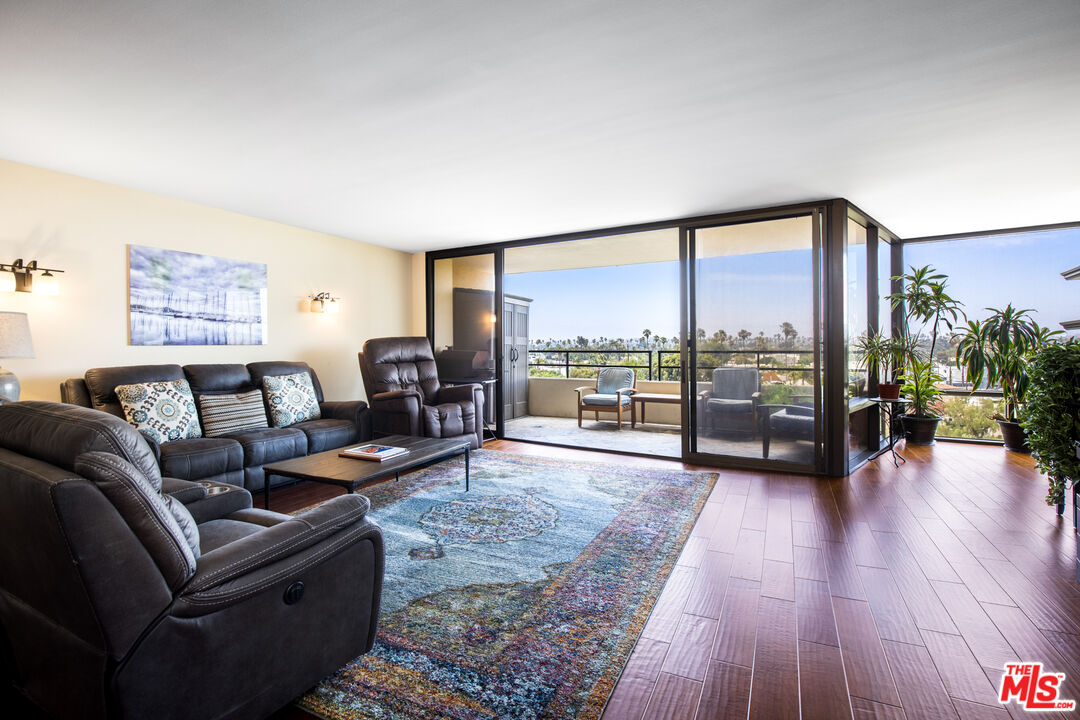 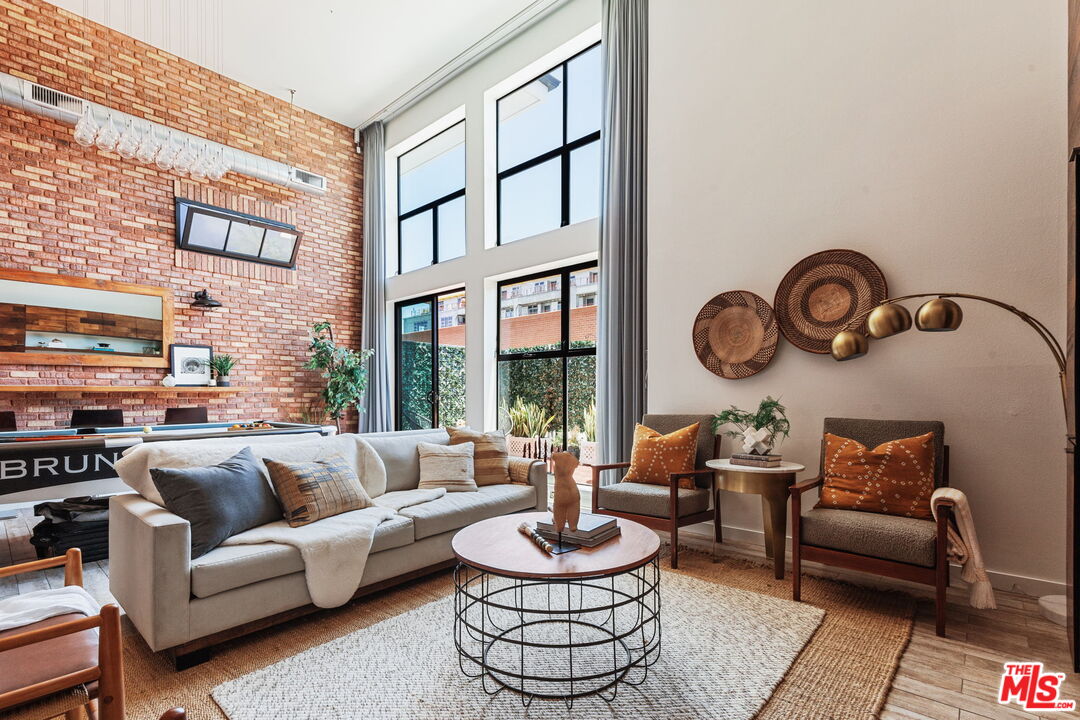 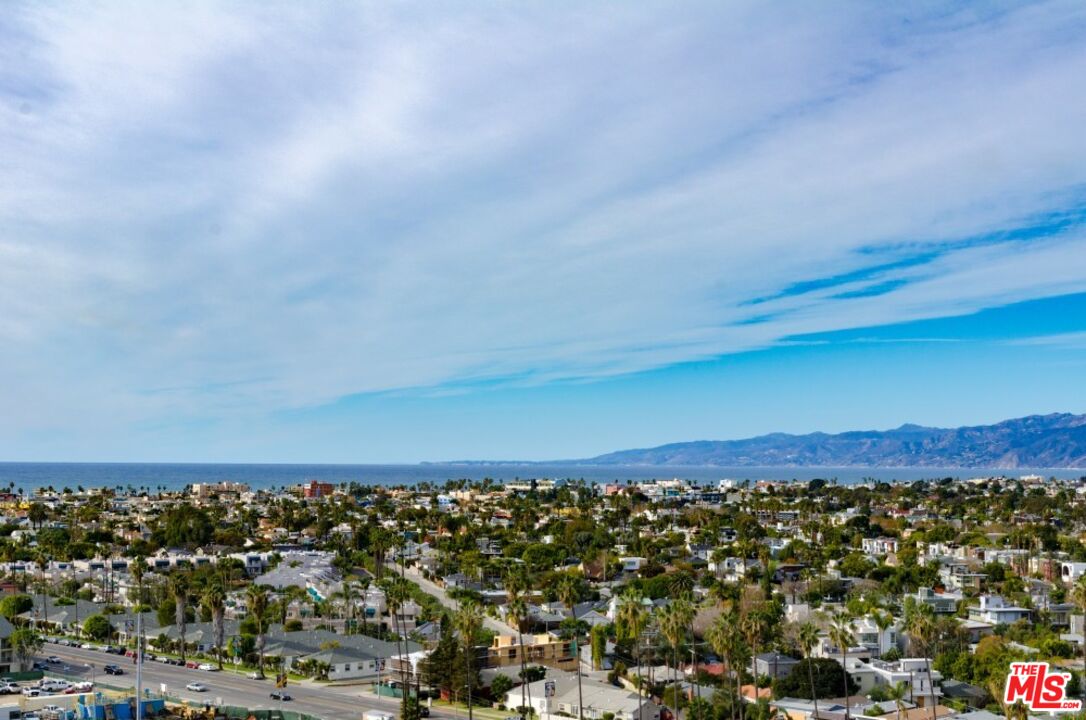 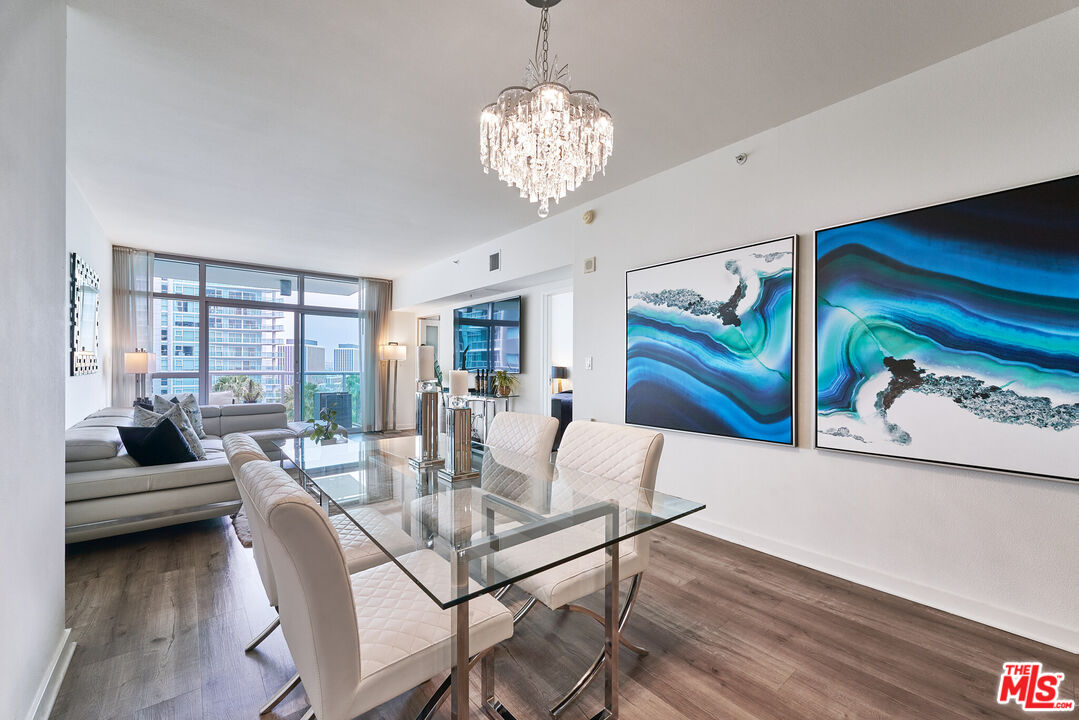 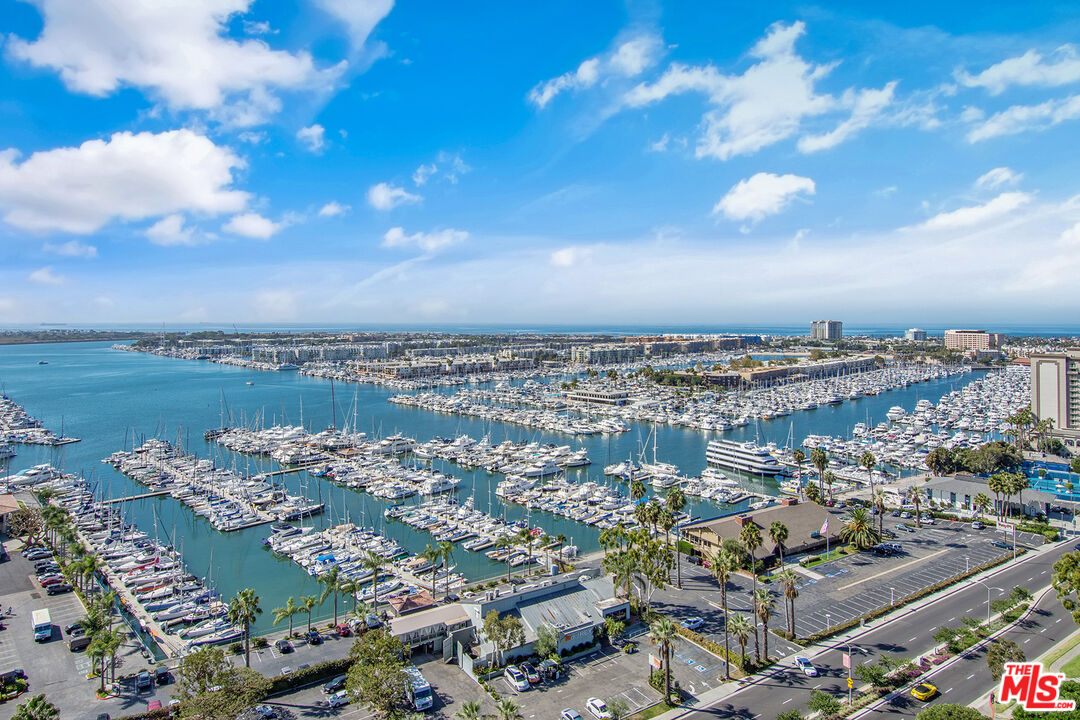 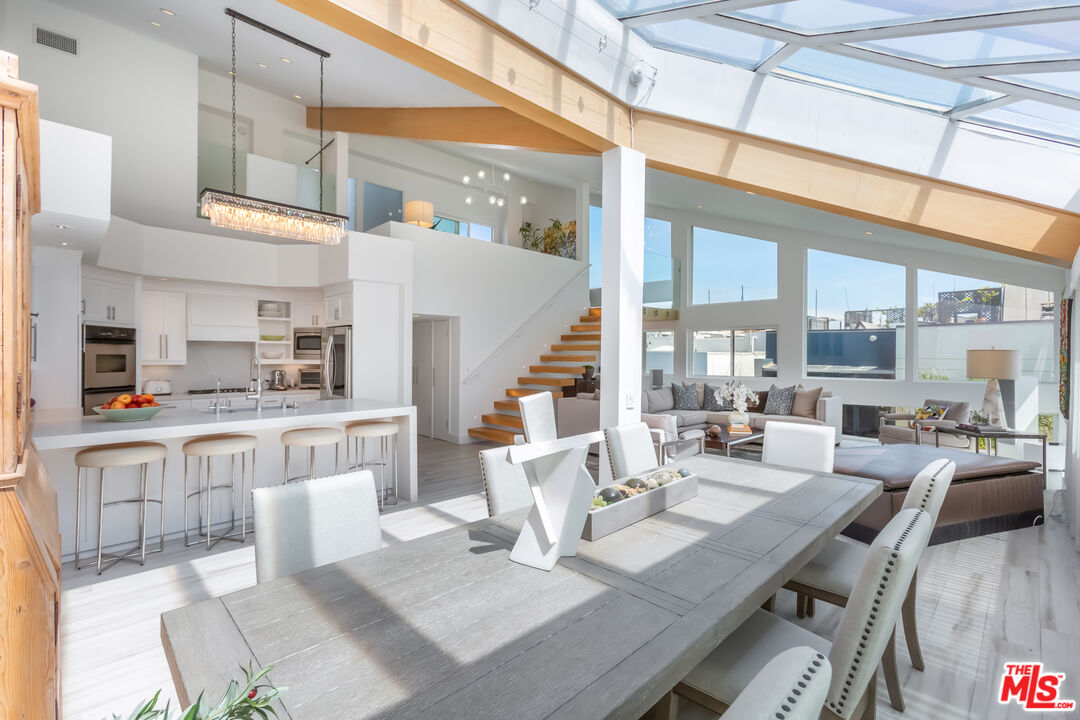 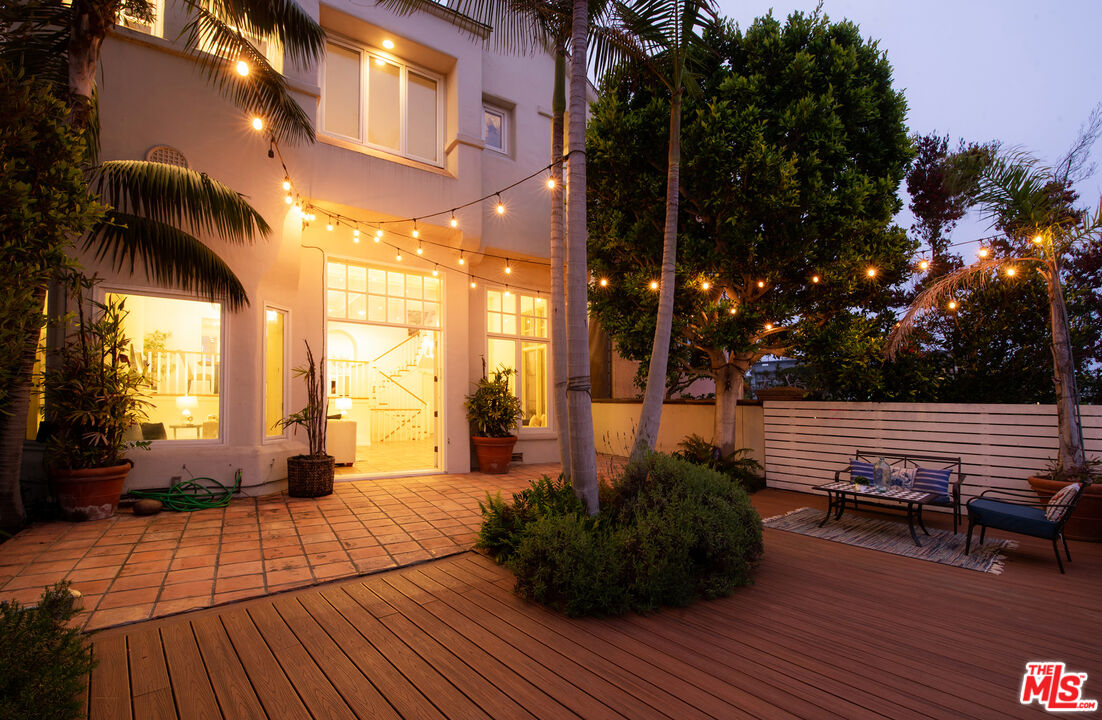 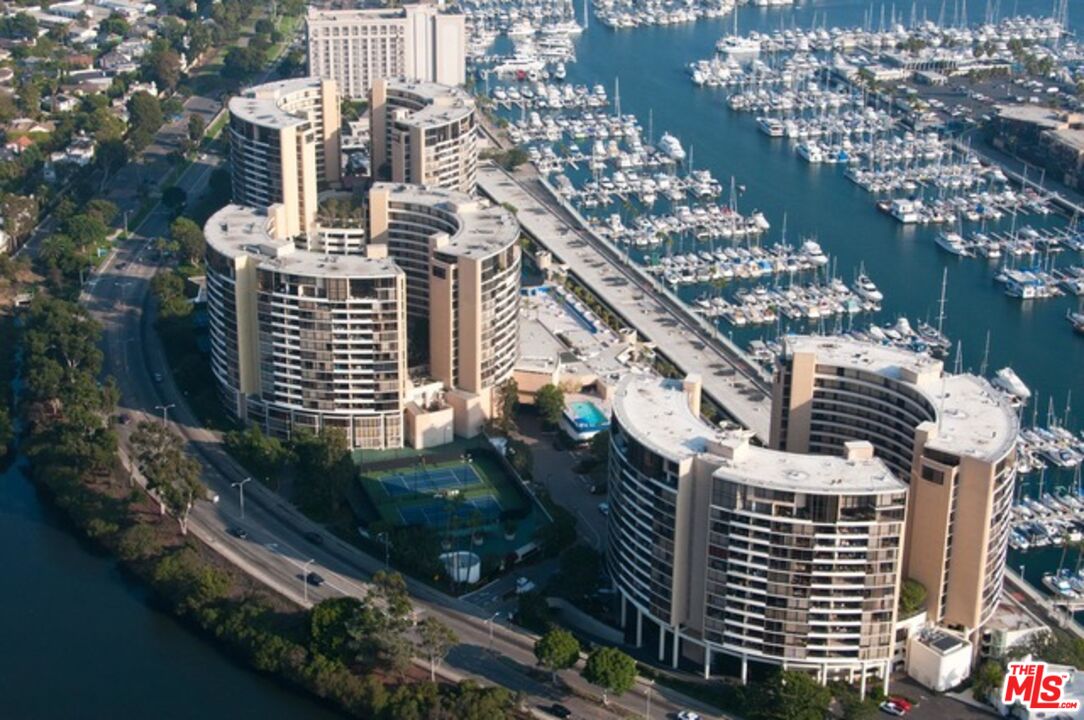