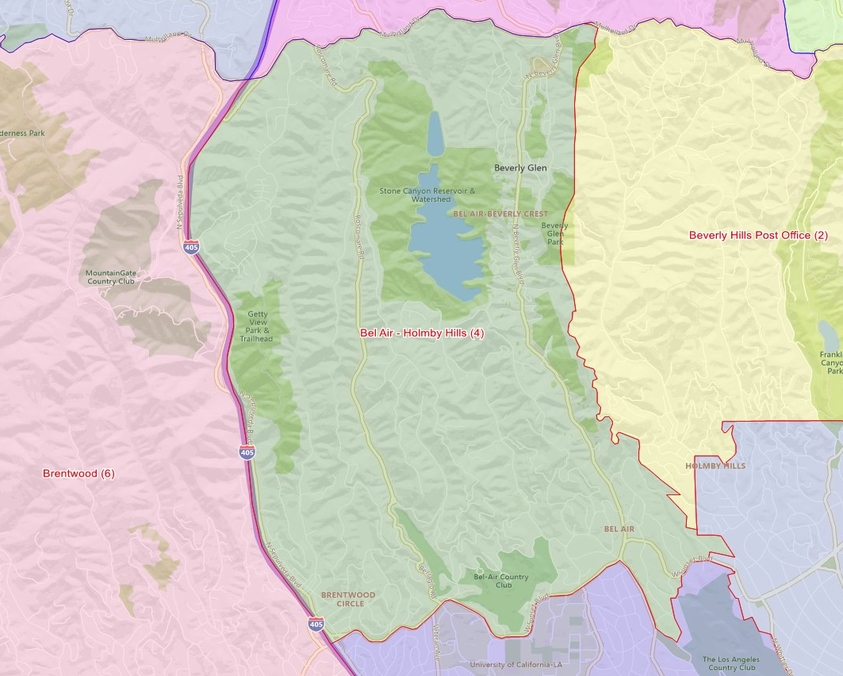 Getting to Know Bel Air

Bel Air is a premiere and very affluent neighborhood on the Westside of Los Angeles in the foothills of the Santa Monica Mountains. Founded in 1923, it is the home of The Hannah Carter Japanese Garden and the American Jewish University.
History
The community was founded in 1923 by Alphonzo Bell. Bell owned farm property in Santa Fe Springs, California where oil was discovered. He bought a large ranch with a home on what is now Bel Air Road. He subdivided and developed the property with large residential lots, with work on the master plan led by the landscape architect Mark Daniels.
He also built the Bel-Air Beach Club in Santa Monica and the Bel-Air Country Club. His wife chose Italian names for the streets. She also founded the Bel-Air Garden Club in 1931.Together with Beverly Hills and Holmby Hills, Bel Air forms the Platinum Triangle of Los Angeles neighborhoods.
Geography
Bel Air is situated about 12 miles west of Downtown Los Angeles and includes some of the foothills of the Santa Monica Mountains. It lies across Sunset Boulevard from the northern edge of the main campus of the University of California, Los Angeles. At the heart of the community sits the Bel-Air Country Club and the Hotel Bel-Air. Along with Beverly Hills and the Los Angeles community of Brentwood, Bel Air it is part of a high-priced area on the Westside known as the "three Bs".
Neighborhoods
Of several entrances, there are two main ones: (1) the East Gate at Beverly Glen and Sunset Boulevards and (2) the West Gate at Bellagio Way and Sunset Boulevard, opposite an entrance to UCLA.
Bel Air is generally subdivided into three distinct neighborhoods: East Gate Old Bel Air, West Gate Bel Air and Upper Bel Air. Bel Air Estates, the original subdivision of the Bel Air community, is generally bounded by Nimes Road to the north, Sunset Boulevard to the south, Beverly Glen Boulevard to the east and both sides of Bel Air Road to the west.
Education
Public
Roscomare Road Elementary School, 2425 Roscomare Road
Community Magnet Charter Elementary School, 11301 Bellagio Road
Warner Avenue Elementary School, 615 Holmby Avenue.
Both Roscomare Road and Warner Avenue Elementary Schools are the zoned elementary schools serving Bel Air which is also within the attendance boundaries of Emerson Middle School in Westwood and University High School in WLA.
Private
Marymount High School, 10643 Sunset Boulevard
Stephen S. Wise Temple Elementary School/Milken Community Schools, K–12, 15500 Stephen S. Wise Drive
John Thomas Dye School, K–6, 11414 Chalon Road
The Mirman School, K-8, 16180 Mulholland Drive
Westland School, K-6, 16200 Mulholland Drive
Source:  Wikipedia

Getting to Know Holmby Hills

Holmby Hills is one of if not the most affluent neighborhood in the Los Angeles Westside. The neighborhood was developed in the early twentieth century by the Janss Investment Company which developed the rest of Westwood as well as other Los Angeles neighborhoods.
History
The area of present-day Holmby Hills was the homeland of the Tongva-Gabrieliño Native Americans, who had a presence in the region for over 8,000 year. The first European on the land that present-day Holmby Hills, Bel Air, Westwood and UCLA now occupy was the Spanish soldier Maximo Alanis, who was the grantee of the 4,438-acre  Rancho San Jose de Buenos Ayres from a Mexican land grant issued by Alta California Governor Manuel Micheltorena in 1843.
In 1858, he sold it to Benjamin Davis Wilson of early Pasadena development, who was the second Mayor of Los Angeles and namesake for Mount Wilson in the San Gabriel Mountains. The development of Holmby Hills began when Arthur Letts, Sr. purchased 400 acres of the original Wolfskill ranch at $100 an acre. He called the development "Holmby Hills," which was loosely derived from the name of his birthplace, a small hamlet in England called Holdenby and it was also the name of his estate in Hollywood. Letts died suddenly in 1923 before he could realize his vision.
His son-in-law, Harold Janss, took over the project. Zoning for the community which straddles Sunset Boulevard was designed to accommodate lot sizes up to 4 acres. The streets were named after places in Great Britain: Devon Avenue after Devon, the county in southwestern England; Charing Cross Road after Charing Cross junction in London; Conway Avenue after Conwy in Wales, etc. In the 1920s, English-style streetlamps were added specifically for the neighborhood. After the Wall Street Crash of 1929, grand mansions were constructed.

In 2012, residents tried to be annexed into the city of Beverly Hills, California to make sure their potholes would be repaired, but this was rejected by John A. Mirisch, then Beverly Hills city councilman and later mayor.

According to the Holmby Hills Homeowners Association website: "In the 1920s, Sunset Boulevard was a two-lane country road known as Beverly Boulevard. It was renamed when it was opened through to the Pacific Ocean. When Sunset Boulevard was expanded into a four-lane thoroughfare, Holmby Hills was for all practical purposes split into north and south sections." The northern section is served by the Holmby Hills Homeowners Association, while the southern section is served by the Holmby Westwood Property Owners Association, which it shares with the rest of the northern Westwood area east of UCLA. However, in 2013, the Holmby Hills Homeowners Association Board decided to reach out to the homeowners south of Sunset (and east of Beverly Glen) to grow the Association with new members also residing in Holmby Hills having similar interests.
Geography
With the expansion of Sunset Boulevard, Holmby Hills was split into two northern and southern sections as mentioned above, each lying within a different community plan area designated by the City of Los Angeles: The portion south of Sunset Boulevard is the area north of Wilshire Boulevard and east of both Beverly Glen Boulevard and Comstock Avenue, and west of the Los Angeles Country Club. Holmby Hills, Bel Air, and Beverly Hills form the "Platinum Triangle" of Los Angeles.
Community
The neighborhood is home to two parks: Holmby Park and De Neve Square Park. The former, Holmby Park, includes two playgrounds, a nine-hole putting green called the Armand Hammer Golf Course and classic lawn bowling, which is home to the Holmby Park Lawn Bowling Club started in 1927. It is located next to the Los Angeles Country Club.
The Frederick R. Weisman Art Foundation, an art gallery named after Frederick R. Weisman, is located on North Carolwood Street. It includes works by many noted artists, including impressionists, post impressionist, surrealist and many more up through today.
Education
Primary and secondary schools
Public schools
Residents are zoned to the following Los Angeles Unified School District schools: Warner Avenue Elementary School, Emerson Middle School, and University High School.
Colleges and universities
Holmby Hills is a few blocks east of the University of California, Los Angeles (UCLA).
Private schools
The only school located within Holmby Hills is the Middle School (grades 7–9) component of the independent Harvard-Westlake School. The campus was originally occupied by Westlake School for Girls, which moved from its original site near downtown L.A. to the Holmby Hills campus in 1927. Harvard-Westlake was created in 1989 when Westlake merged with the Harvard School for Boys.
Source:  Wikipedia 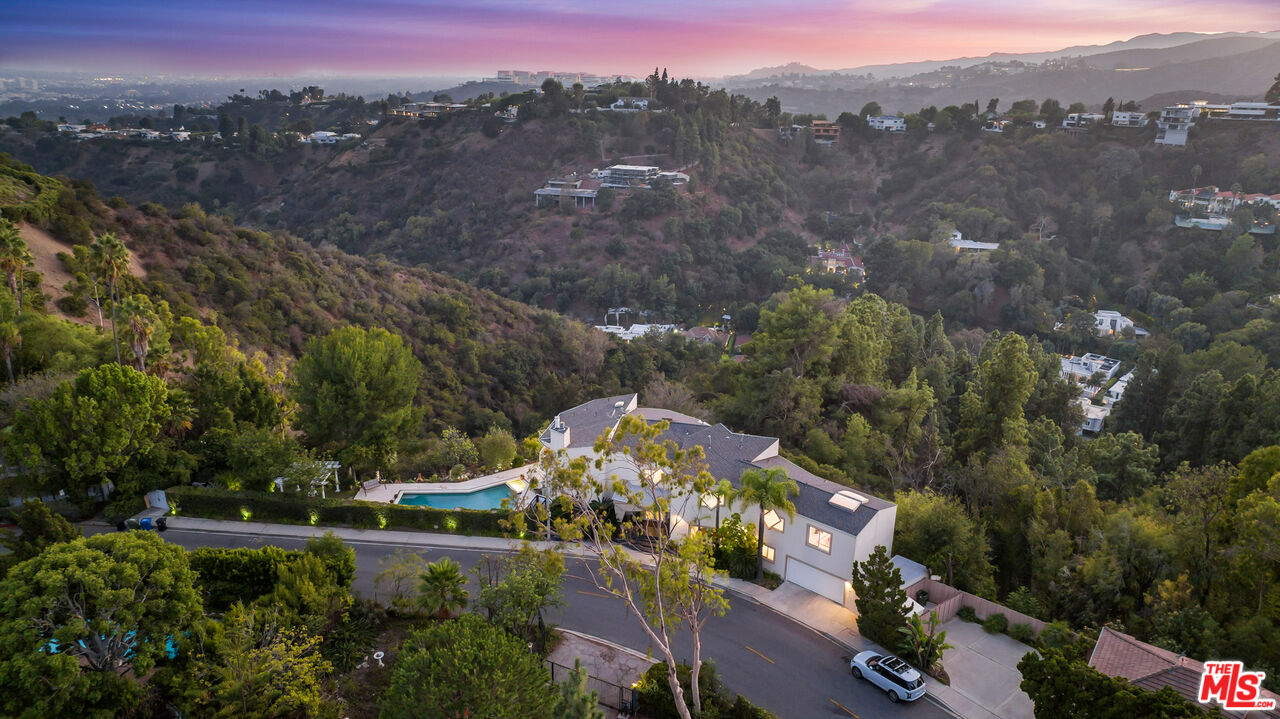 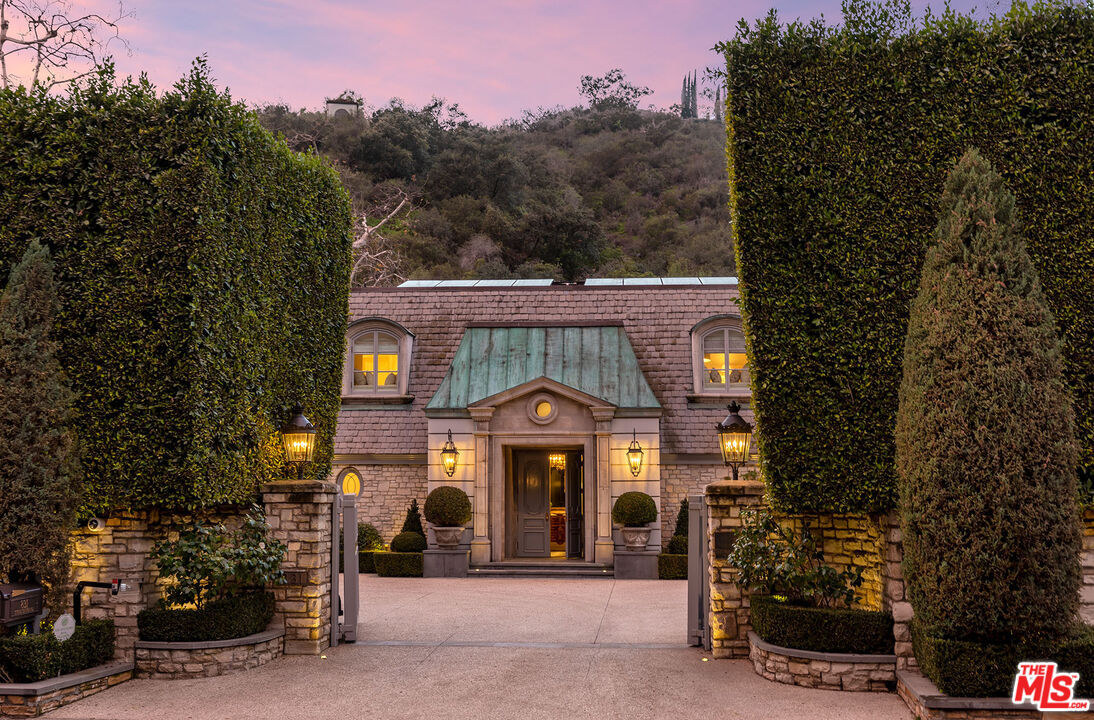 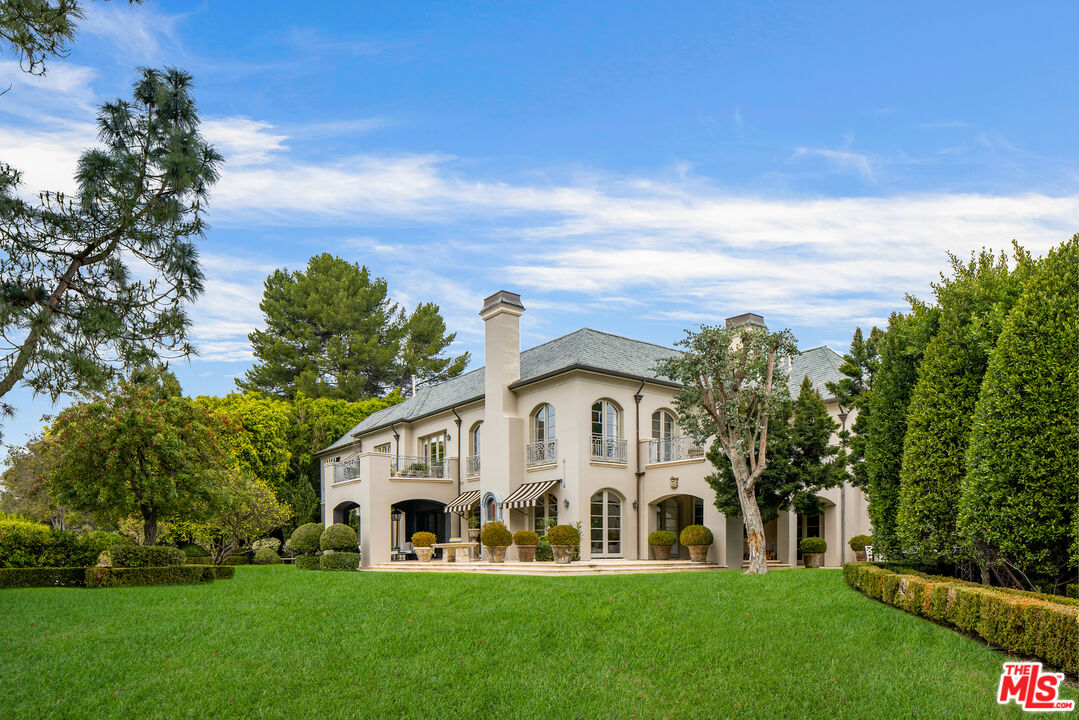 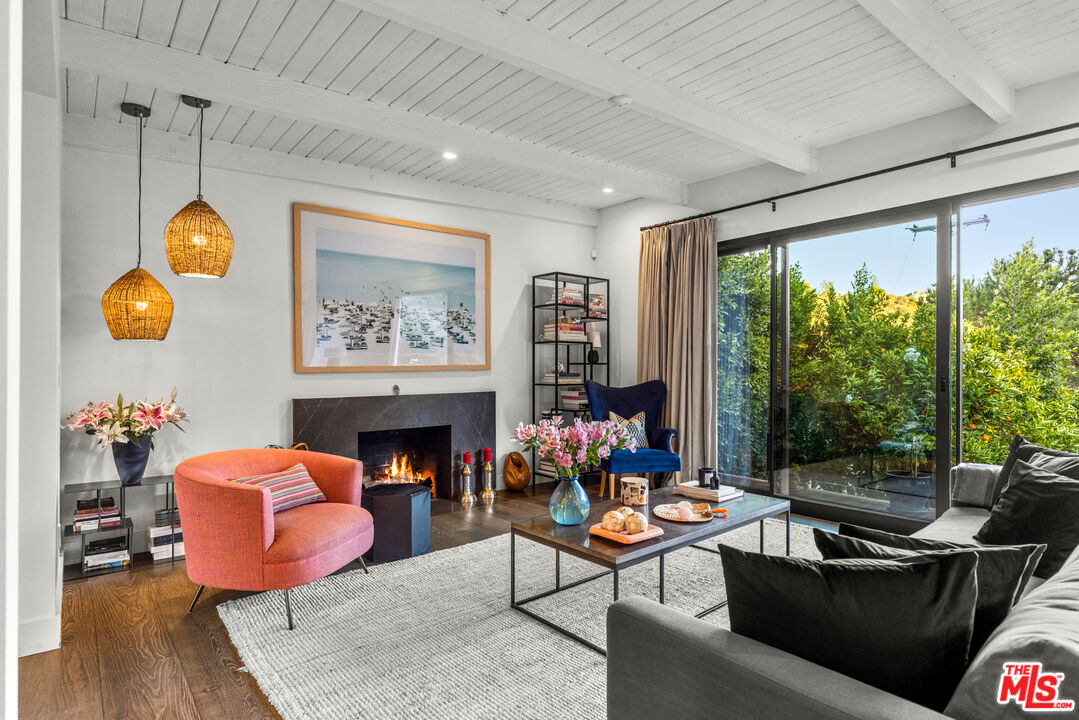 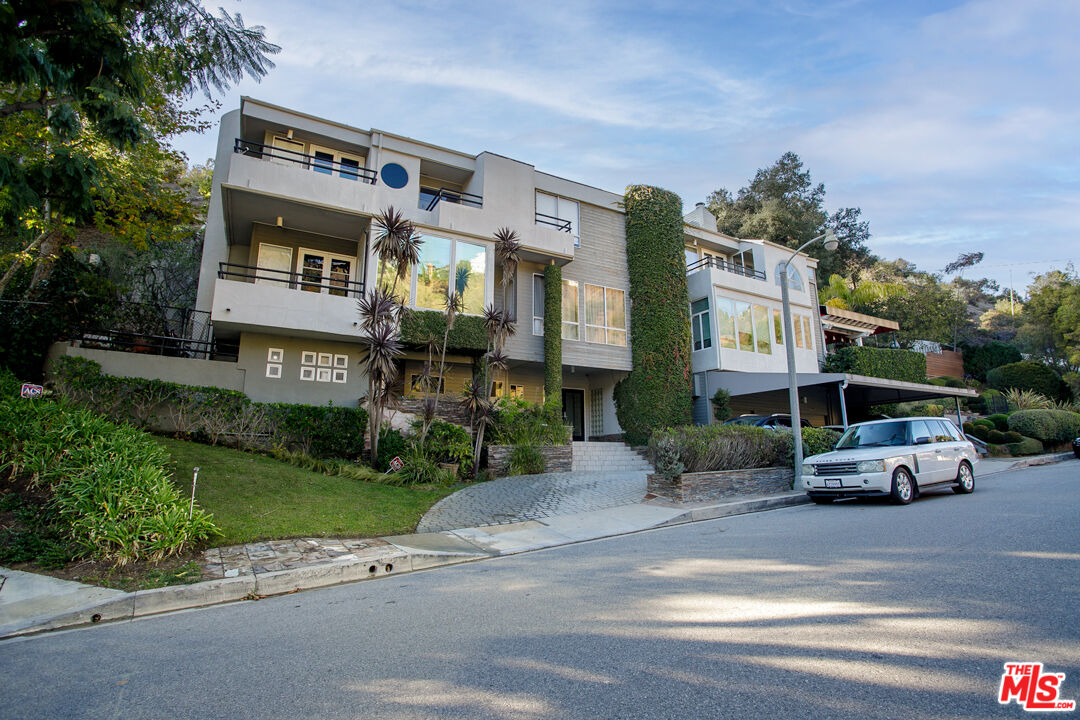 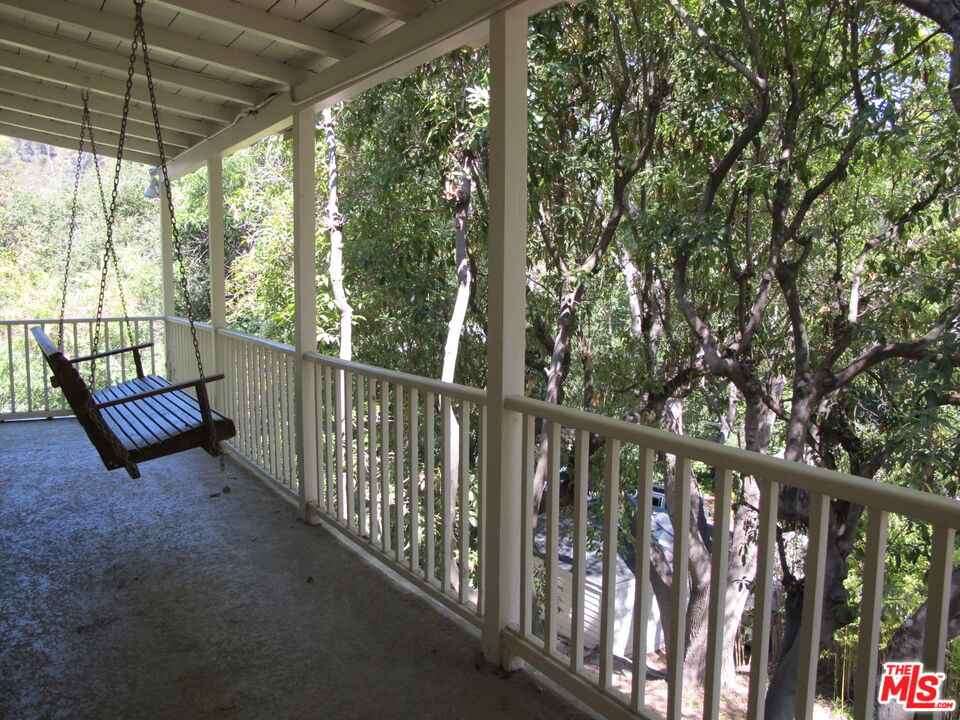 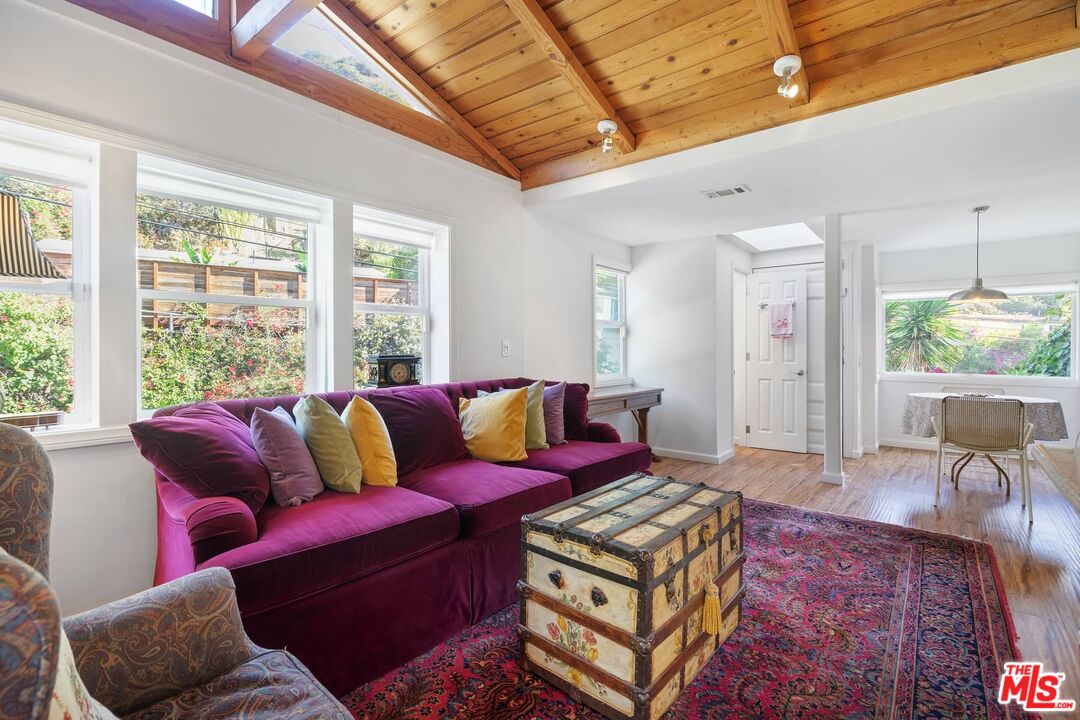 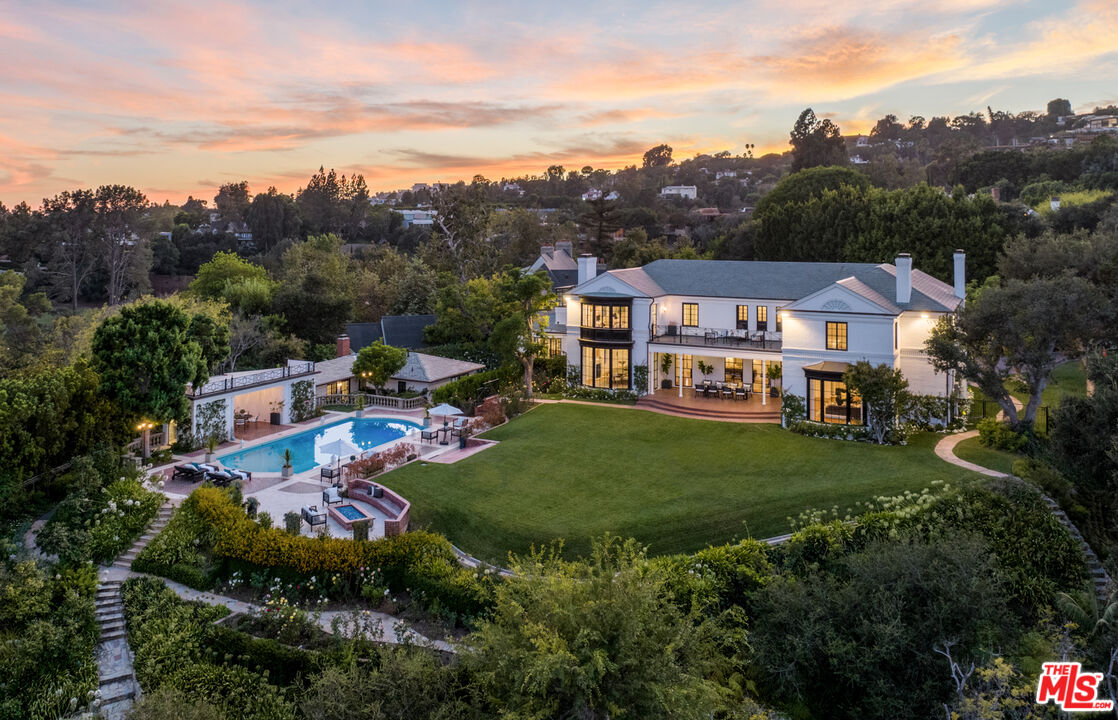 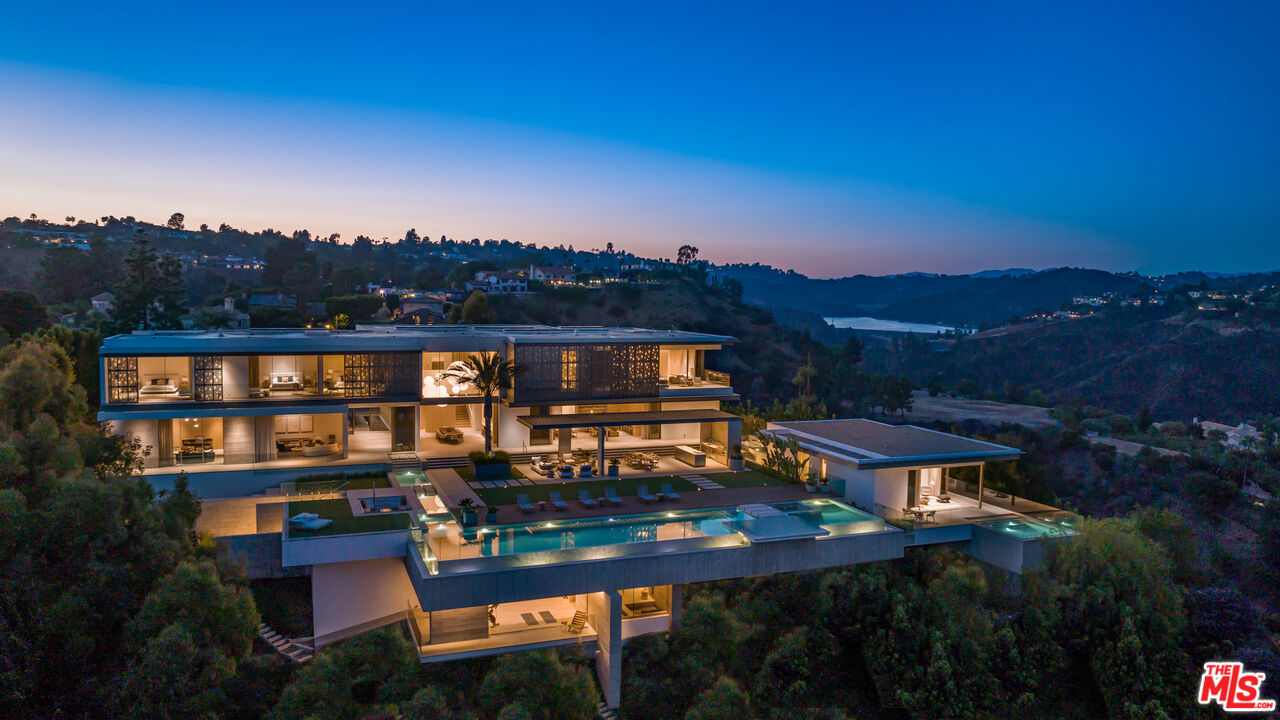 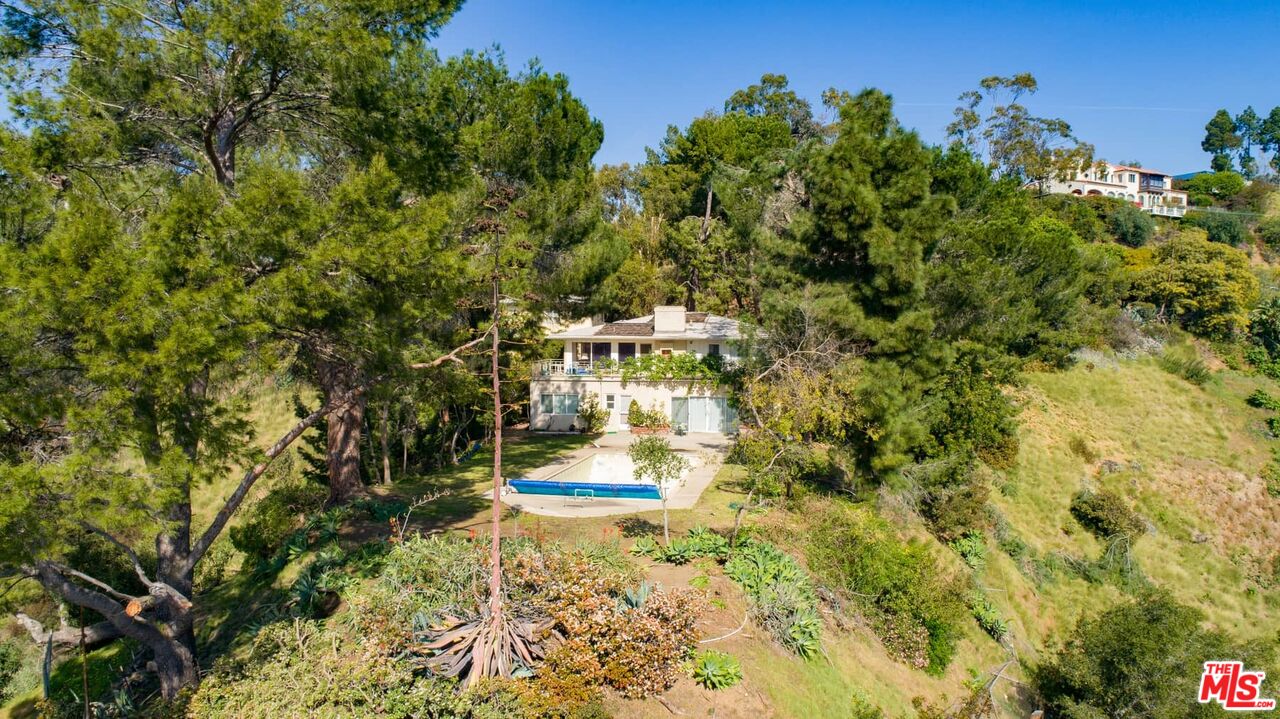 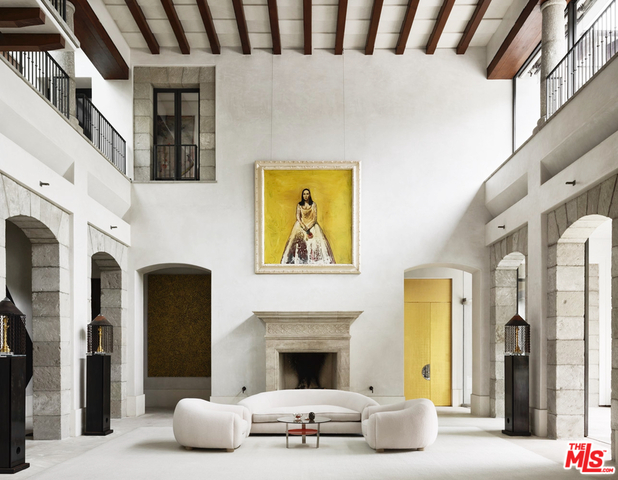