HOME THEATERS - NEWEST MUST HAVE FOR YOUR HOME 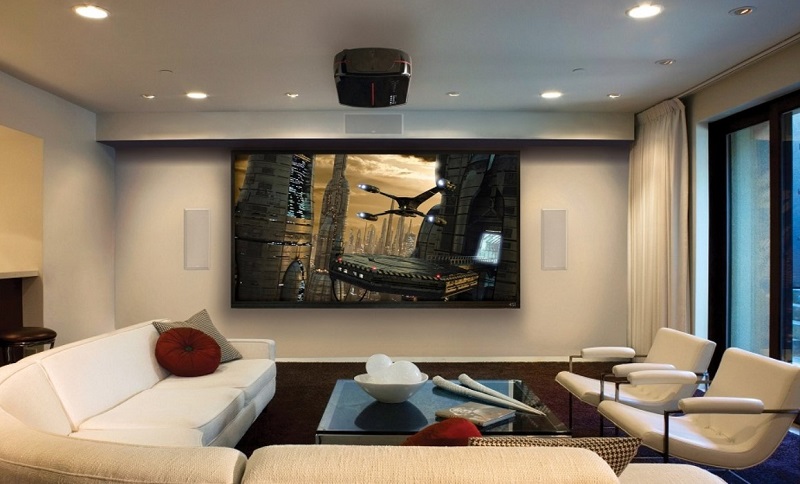 HOME THEATERS - NEWEST MUST HAVE FOR YOUR HOME

Whether your in the market for a new home or just trying to get more enjoyment out of the home you now own, a media room is becoming a major point of interest and enjoyment that both buyers and owners crave. What used to be just a big screen in a dark room, people are now more interested in a multi-purpose projector-based theater room.

Theater rooms used to be strictly for watching movies in the dark, sitting in rows while facing forward toward the screen. There is nothing wrong with watching movies, but now people want and expect more. They want to watch the big game, watch TV and movies, play video games, and they want to be able to carry on interactions with guests during all of the above.

That is the function of a great theater room. And one way that the theater room is gathering its popularity is because today’s newer laser projector prices have come down from the stratosphere to a level that makes them available to many more people. While the high-tech TVs are going for anywhere from the high four figures to the mid five figures and beyond, a high-quality 4K HD laser projector can be had for a few thousand dollars.

Advances in technology have suddenly expanded the viewing public’s options in creating a projector-based home theater room. Laser projectors are now capable of projecting an image that’s so bright that you don’t have to sit in complete darkness to enjoy them. These projectors are capable of streaming both video and audio along with connecting to gaming devices and DVD/Blu-ray players.

A large screen TV is basically a piece of over-sized furniture that occupies large amounts of wall or floor space. A projector is much smaller and you can aim it at a wall or use a screen that can be retracted when not in use. It doesn’t create such a large sacrifice of floor and/or wall space. And if your house is home to young children or rambunctious pets, a projector is much less likely to be bumped into, covered with sticky fingerprints, or knocked over.

There’s nothing like watching movie, shows, or video games on a 100-inch or larger screen without having to leave your home. This is especially true during the current Corona virus pandemic when everyone is supposed to be “sheltering in place”. Theaters, pubs and other gathering places are all closed. Wouldn’t it be great to enjoy the same media experience in the comfort of your own home?

A projector-based home theater has one other benefit for you to consider. You may have just got your theater room set up the exact way you have always dreamed of and are looking forward to many hours, days, and years of enjoyment, but one day the time may come when you decide to sell your home.

Given its popularity among home buyers, a projector-based home theater room is a desirable amenity and will generally increase the perceived value of your home. Although most realtors will say that it is difficult to determine whether it will actually increase the value, they do acknowledge that when a buyer is deciding between a house with a home theater and one without, the house with the theater room will be more likely to be the one chosen.