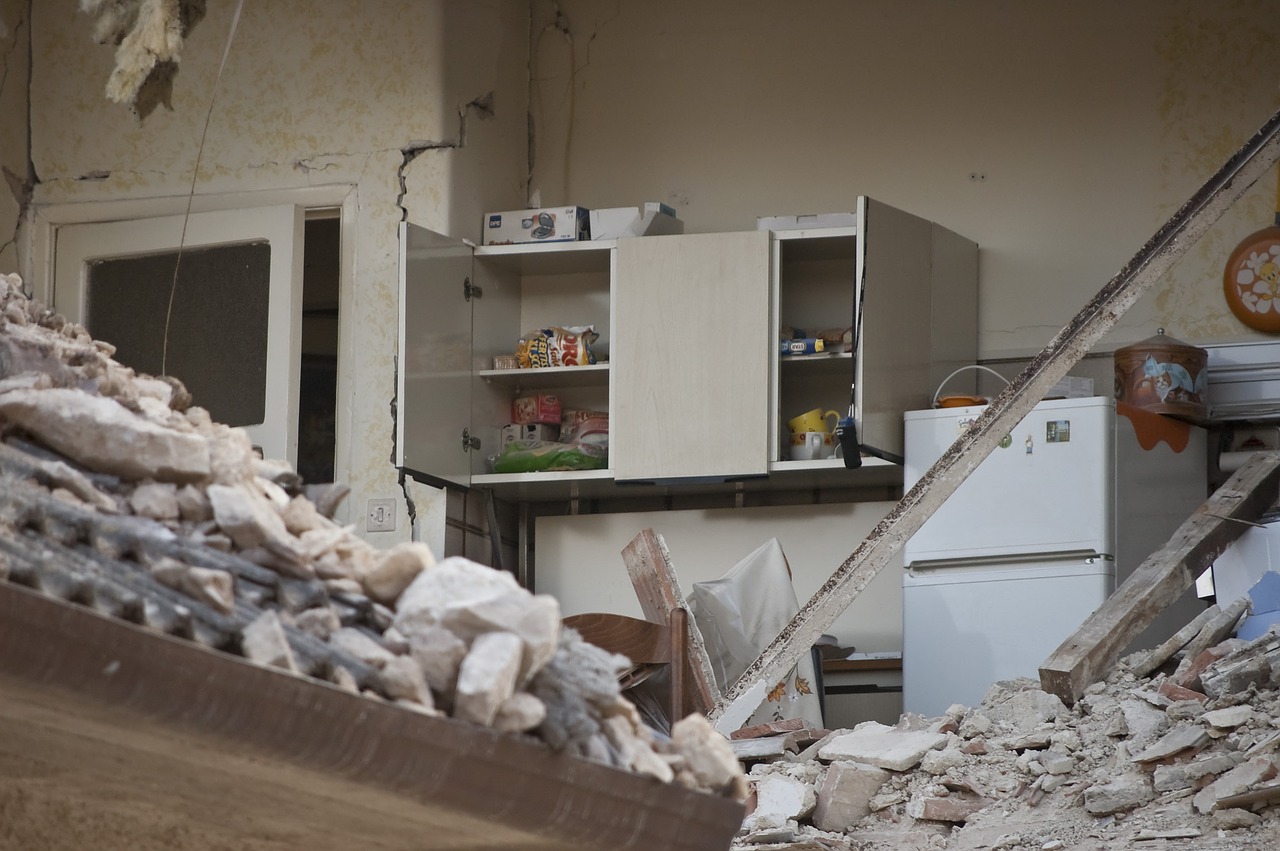 CHARLES HAWKINS’ Ridgecrest home was severly damaged. Some 20% of Ridgecrest residents have quake insurance, close to the percentage in L.A. and Orange counties but about twice the state average. (Robert Gauthier Los Angeles Times)

Glenn Pomeroy, head of the California Earthquake Authority, spent the weekend in Ridgecrest, near the epicenter of Friday’s 7.1-magnitude quake and its day-earlier, 6.4-magnitude baby brother.

“Driving around, you could clearly see there had been a disaster,” he told me. “Streetlights were blinking, stores were closed, the ground was still shaking.”

But the people of Ridgecrest and nearby communities were lucky, Pomeroy said. The damage could have been a lot worse.

Ridgecrest homeowners were fortunate in another way. About 20% have earthquake insurance, according to the earthquake authority’s estimates. That’s about twice the state average.

If you’re among the 90% of homeowners statewide without quake coverage, you may want to rethink that decision.

“Living in California means living with the risk that an earthquake may strike at any moment,” said state Insurance Commissioner Ricardo Lara. “If you have not shopped for earthquake insurance in the last five years, give it another look.”

According to the Department of Insurance, about 21% of homeowners in Los Angeles and Orange counties have coverage for quake damage.  The figures drop considerably in the Inland Empire, with just 9% of Riverside homes covered and 8% in San Bernardino.

There’s no way of sugarcoating this: Earthquake insurance is expensive. It can double the cost of covering your home, adding an average of $800 a year in premiums.

Then there’s the deductible. It used to be that quake insurance came with a standard 15% deductible no matter what. Now you can vary costs by picking a deductible that ranges from 5% to 25%.

“To buy or not to buy earthquake insurance is one of the harder decisions for homeowners,” said Amy Bach, executive director of United Policyholders, a San Francisco advocacy group. “The math can make it hard to justify.”

One rule of thumb to consider is who owns most of your home, you or the bank. If it’s you — that is, if you’ve paid down the bulk of your mortgage — then you have more skin in the game and quake insurance makes more sense.

If it’s the bank, and you’re prepared to take a hit to your credit score by walking away from a quake-damaged structure, then the added cost of quake coverage may not make a lot of sense.

And keep in mind the deductible. Most California homeowners still opt for a 15% share of expenses, which means they’ll be on the hook for a hefty amount of rebuilding costs.

“Usually, damage from an earthquake will be less than a 15% deductible, which would mean that you’re self-insuring anyway,” he said.

“And in the event of a massive earthquake near a population center, it is quite conceivable that the CEA would run out of money and fail to make you whole even if you were a policyholder.”

That is possible. The California Earthquake Authority , a privately funded, publicly managed entity that provides coverage on behalf of about two dozen insurers, says it has $17 billion with which to pay claims.

The authority says it has sufficient funds to handle a catastrophe. However, it acknowledges that “if an earthquake causes insured damage greater than the CEA’s claim-paying capacity, policyholders with earthquake damage may be paid a prorated portion of their covered losses.”

That means you could get only a portion of the insurance you paid for.

“No one can predict the future,” Ridout said. “But generally, homeowners are better served by putting their money into bolting the house to its foundation or other safety upgrades rather than premiums.”

I’m going to disagree. That 7.1-magnitude quake served as a wake-up call that a truly devastating temblor could come at any time.

Obviously you’re playing the odds, as you’re doing with all forms of insurance.

I’ve had earthquake insurance since I became a homeowner. For me, the test is whether I sleep better at night knowing I’m covered. I do.

Maybe the disaster movie that Ridout described would leave me shortchanged, but I take comfort in knowing my family is prepared for most emergencies.

Pomeroy, the earthquake authority chief, said there are a number of variables that will affect the cost of quake coverage — is your house built on bedrock or sand, for example, one story or two?

He advised homeowners to go to the authority’s website and crunch the numbers using a free online calculator .

“Many people think earthquake insurance is very expensive — I understand that,” Pomeroy said. “But look at it this way: Without it, you’re in danger of losing your life’s savings.”

I asked if he had a theory for why Ridgecrest residents were twice as likely to buy coverage as average California homeowners.

“Well, I was thinking about that,” Pomeroy replied. “It could be that there’s a nearby Air Force base, and there’s a lot of military people in town. Such people tend to be more prepared for contingencies.”

Bach at United Policyholders had this to say: “You never meet anyone who’s gone through a disaster who regretted having too much insurance.”